Kasper: Casella’s interest is their bottom line, not their community

A response to ‘Why weren’t we in the room?’ 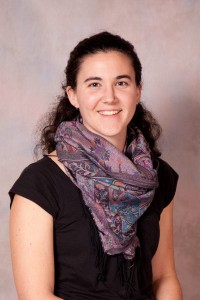 Jeff Weld’s guest column (“Why weren’t we in the room?” Jan. 17-30 NH Business Review) is nothing more than a cheap shot at concerned citizens who have frequently been targets of retribution and public criticism for daring to criticize big corporations like Casella.

For decades, residents in the North Country have opposed Casella’s landfill expansion proposals and have continually voted it down at the ballot box. They are concerned about clean air, clean water and the North Country’s tourism economy being threatened by toxic leachate, methane, and diesel truck traffic. That’s why community groups have gotten organized to fight back against these proposals, year after year.

Casella may like to think of itself as a community group like Growing without Garbage, Environmental Action of Northern New Hampshire, Save Forest Lake or the many other groups fighting for clean air and clean water, and against landfills and incinerators across the region. Indeed, they made their own pretend grassroots group in the lead-up to the last ballot vote in Bethlehem, called “Believe in Bethlehem.” But Casella is not a community group. It is a corporation whose business model relies on people making trash.

There is a time and place for everything. We are open to meeting with industry representatives and seeking ways we can work together and learn from each other. I have been at many recycling and composting meetings with Casella staff through the years, and we have invited them to speak at events we have held to collaborate and find long-term solutions where we both see problems – such as moving away from our reliance on plastic bags, increasing composting, collecting household hazardous waste, getting glass bottles out of our waste stream, and more.

In the North Country, however, Casella has closed their doors to working with concerned residents. They have stopped responding to local residents’ odor complaints. They have created a fake grassroots group to tout their good name. And after a landfill expansion in Bethlehem was voted down again, they refused to hear that the North Country doesn’t want to be the dumping ground of New England, and instead proposed a new landfill for neighboring Dalton.

For decades, Casella has not invited grassroots groups, advocates and concerned residents to meetings where they’ve made decisions affecting the fate of the North Country’s mountains and rivers.

Just as Casella does not invite environmental activists into its internal board meetings and budget planning sessions, so environmental groups do not invite industry representatives into internal meetings with their members to hear about peoples’ experiences and concerns and ideas. Last month, local activists did just that: they got together to hear from one another, and to make a plan to work together to move away from burning and burying our trash and to move the North Country towards zero waste.

Rather than try to crash an internal working and listening session, and then run to the press to tar us with unfounded criticism, Casella should go through proper channels to try to set up a productive meeting — just as they would expect us to do.